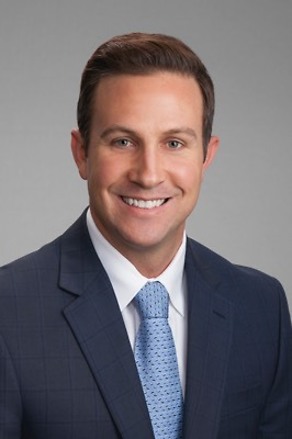 Justin VandenBout is a trial lawyer who maintains a nationwide litigation practice with an emphasis on commercial litigation and complex insurance coverage litigation. He has successfully represented both Plaintiffs and Defendants in federal and state courts throughout the United States in matters ranging from intellectual property disputes, catastrophic personal injury, products liability, professional liability, construction, and breach of contract matters.

Mr. VandenBout has trial experience representing both Plaintiffs and Defendants in a variety of cases, including business partnership disputes, personal injury, property damage, intellectual property, and commercial litigation. In addition, Mr. VandenBout has successfully prosecuted and defended injunction proceedings on behalf of clients in both state and federal court.

Outside of the courtroom, Mr. VandenBout counsels clients on their overall insurance program in an effort to minimize gaps in insurance coverage and uninsured business risks.

Mr. VandenBout’s skill and advocacy on behalf of clients has consistently earned him recognition as one of the top lawyers in Texas in the areas of commercial litigation and insurance coverage.

Mr. VandenBout’s exposure to a wide variety of litigation makes him well suited to represent clients in a range of matters from the onset of the dispute through trial.

Deep Impact – Why the In re Deepwater Horizon Opinion Matters for Construction Contracts and Additional Insured Insurance Coverage, The Critical Path, June 2015