It’s Not Quite the End of the Universe: Finding Reasonable Medical Expenses in a World of Sticker Shock Prices
Posted September 8, 2020 by F. Daniel Knight

Lewis Black, the famous comedian, hypothesized in his 2002 comedy album “The End of the Universe” that the end of the universe was not far out in space.  Rather, it was in Houston, at the corner of West Gray and Shepherd. 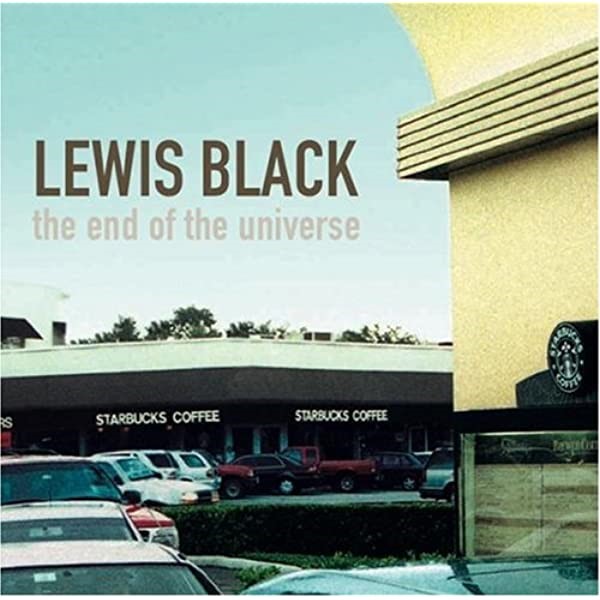 Later on, a Barnes & Noble was built on the north side of West Gray at the same intersection.  And inside the Barnes & Noble, with a view of both Starbucks was … another Starbucks.  Sadly, the South Side Starbucks closed in May 2020, meaning the end of the universe is now moved from River Oaks.

Normally, Starbucks posts its prices for coffee, and charges everyone the same for a grande Pike’s Peak.  But imagine if you will that you walked from one Starbucks to another at Black’s End of the Universe, and they charged you different prices for the exact same product.  And, moreover, you couldn’t comparison shop to find the cheapest cup of coffee (with the coffee being identical).

That’s a rough analogy as to how some critics, including publishing magnate Steve Forbes, see pricing in the health care industry.  In his weekly podcast “What’s Ahead” on August 2, 2020, Forbes addressed this issue head on by telling an anecdotal story about a friend of his with a heart problem. The doctors treating Forbes’ friend advised that the friend needed a nuclear stress test.  Forbes’ friend asked how much it would cost.  The doctors did not know.

So Forbes’ friend, through means not fully described in the podcast, obtained billing data for hospitals on what they would charge for the same exact test.  The range was between $1,450.00 to over $7,000.00, according to Forbes.  The reason for the variance – different pricing schedules between the “sticker price” (also referred to as the chargemaster or full price) and the “reimbursement rate” (i.e., what the provider takes from a private insurer and/or the government).

At this point, the reader is probably thinking: what the heck does this have to do with maritime law?

Well, if a Jones Act seaman claims entitlement to maintenance and cure and the employer accepts the claim, the employer can audit the medical bills and negotiate lower payments for the same services.  This is a routine occurrence in the world of maintenance and cure claims.  Then the question is – what can the seaman recover?  The amount originally billed, or the amount actually paid?

Several decisions from the Fifth Circuit confirm that a seaman can only recover the medical expenses actually paid for the treatment received.  One recent decision from 2012, Manderson v. Chet Morrison Contractors, Inc.[1], dealt with this issue.

On the other hand, our court has repeatedly held an injured seaman may recover maintenance and cure only for those expenses "actually incurred". E.g., Davis, 18 F.3d at 1246; Boudreaux v. United States, 280 F.3d 461, 468 (5th Cir. 2002). Accordingly, the relevant amount is that needed to satisfy the seaman's medical charges. This applies whether the charges are incurred by a seaman's insurer on his behalf and then paid at a written-down rate, or incurred and then paid by the seaman himself, including at a non-discounted rate. Thus, in Manderson's case, regardless of what his medical providers charged, those charges were satisfied by the much lower amount paid by his insurer.[2]

In addition to any other limitation under law, recover of medical or health care expenses incurred is limited to the amount actually paid or incurred by or on behalf of the claimant.

The recent Fourteenth Court of Appeals decision of In re Memorial Hermann Health System,[6] addresses this very issue.  Issued on September 1, 2020, In re MHHS touches on the issue raised by Steve Forbes in his podcast – if a hospital files a lien against a patient and lists the “sticker price,” can the patient obtain discovery on the “reimbursement price” to lower the value of the lien?  The answer is yes, with some limitations.  Here are the basic facts.

To show that no good deed goes unpunished, Billy Duggan hit Chaun Poole with his vehicle while Poole stood on the side of the road.  Poole was only there because Poole was tending to a dog that was previously hit by another vehicle.  The injuries to Poole were serious enough that Poole he spent 4 days in Memorial Hermann Hospital in the Texas Medical Center.  About a month later, the hospital filed a lien against Poole for $52,038.00, which the hospital claimed represented unpaid medical bills from that four day stay.

Poole sued Duggan in September 2018.  By the end of January in 2019, Poole and Duggan settled.  After the settlement, MHHS intervened in the case, seeking enforcement of its lien. Poole’s counsel[7] requested discovery from MHHS as to what their reimbursement prices were for the services rendered to Poole (as well as other services), as MHHS listed the “sticker prices” in their lien.

Finding that some of the requests were reasonable and some were over-broad in light of the 2018 Supreme Court of Texas decision In re North Cypress Medical Center Operating Co., Ltd.,[8] the Fourteenth Court of Appeals essentially held that a more narrow request for reimbursement prices (such as in In re North Cypress, where the Supreme Court approved discovery as to rates for Medicare/Medicaid plus four private insurers) for the services rendered to Poole would likely be reasonable.[9]

As the Texas Legislature requires that all hospital liens be based on reasonable prices for the services rendered,[10] the Fourteenth Court of Appeals rejected MHHS’ argument that the charges on Poole’s lien did not have to be reasonable.[11]

Thus, even though acceptance of maintenance and cure benefits may feel like the end of the world to a Jones Act employer, it is not, as we see, the true end of the universe.  Rather, there are options available to a Jones Act employer – supported by case precedent as well as statute in Texas - to ensure that the seaman receives the care required under the law while still controlling costs.

With the money saved, the Jones Act employer could even probably afford to buy a cup of coffee in a Starbucks, and see another Starbucks while looking out the window, all the while listening to Louis Black’s comedy albums.

[7] The author knows Poole’s counsel well.  He is known in the Houston legal community for his brilliant legal mind and love of corn dogs, as well as all things Longhorn in nature.