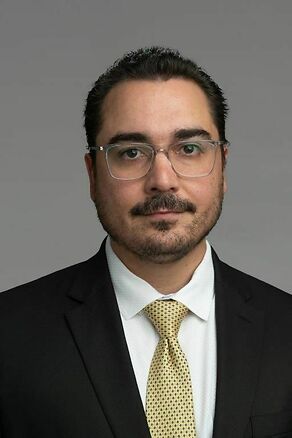 Adrian Ochoa grew up in the border town Nogales, Mexico where he experienced both the U.S. and Mexican cultures.  As a native Spanish speaker, Adrian particularly enjoys cross-border tax issues.  Early in life, Adrian learned to value cultural differences and discovered his passion for the law.  Adrian graduated from Cornell Law School with a J.D. and from NYU School of Law with a LL.M in tax law.

Prior to joining the firm, Adrian clerked for the Honorable Juan F. Vasquez of the United States Tax Court. Adrian drafted judicial opinions, orders and decisions, conducted legal research on issues presented to the Tax Court on a wide variety of tax matters.

Adrian, along with his friend and colleague Leo Unzeitig, is an adjunct professor of Tax Research at the University of Incarnate Word.

In his spare time, Adrian enjoys spending time with his wife and daughter, practicing yoga, bike riding, and playing soccer.