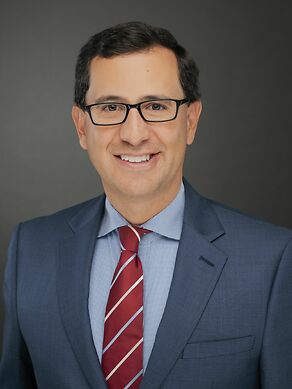 University of Texas at Austin, McCombs School of Business, B.B.A., 1998

Named the Project Blueprint Alumni of the Year (2010) 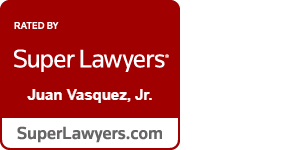 U.S. Court of Appeals for the Seventh Circuit

Juan Vasquez, Jr. is a tax attorney in Houston and San Antonio. Mr. Vasquez serves as the Co-Chair of the Firm's Tax Controversy Section and concentrates his practice on federal, state and local tax controversy matters, including in connection with examinations, administrative appeals and trial.

Mr. Vasquez has been involved in complex cases at various levels of the court system, including the Tax Court, Federal District Courts, Court of Federal Claims, Courts of Appeal (the Fourth, Fifth, Seventh, Eleventh and Federal Circuits), and the U.S. Supreme Court.

Mr. Vasquez serves as an Adjunct Professor at the University of Houston Law Center, where he teaches Tax Controversy & Litigation, Tax Procedure & Practice and previously taught Taxation of Sales and Exchanges.

Mr. Vasquez serves as the Chair of the Firm's Diversity and Attorney Development Committee.  Mr. Vasquez is the past Chair of the Hispanic National Bar Association (HNBA) Tax Section, and also served as a past National Treasurer of the HNBA.

Mr. Vasquez is a frequent lecturer and author on topics relating to tax controversy, partnerships, corporate tax, and other related matters.

Mr. Vasquez has been named as a leading individual in the Tax Litigation Nationwide category in the Chambers USA's "America's Leading Lawyers for Business" Client Guide.  He has also been named a "Super Lawyer" by Texas Monthly.  Mr. Vasquez has also been selected for inclusion in the The Best Lawyers in America in the specialty of Tax Law and the specialty of Litigation & Controversy - Tax, and has been named in Texas' Best Lawyers in Tax Law.

Mr. Vasquez strongly believes in giving back to the community and is proud to serve on the Board of Directors of Big Brothers Big Sisters, where he is also Treasurer, past Chair of the Audit Committee, and a Member of the Executive Committee.  Mr. Vasquez is also honored to serve on the Scholarship Committee for the La Michoacana Foundation.  Mr. Vasquez is a past President of the Hispanic Bar Association of Houston and is a past President of the Mexican-American Bar Association of Houston. Mr. Vasquez’s pro bono work was recently recognized with the State Bar of Texas Hispanic Issues Section Pete Torres Community Service Award.